There are two male rhinos living here at Edinburgh Zoo - Qabid and Sanjay.

Qabid was born in 2015 and moved here in 2018 from Planckendael Zoo in Belgium. Sanjay was born in 2017 and arrived in 2019 from Nuremberg Zoo in Germany.

The two have become fast friends and can often be seen playing or napping together.

You can help feed and care for Qabid, Sanjay and other threatened animals around the world by donating today - if you can, please support our Survival Fund.

Greater one-horned rhinos were once found across the entire northern part of the Indian subcontinent, but populations have declined drastically due to habitat destruction, hunting, and poaching.

We play a vital role in the European Endangered Species Programme, taking care of teenage rhinos when they are ready to leave their mothers but are still too young to be paired with a mate.

As part of our charity’s wildlife conservation work, our expert WildGenes team support projects to benefit other rhino species in Africa. 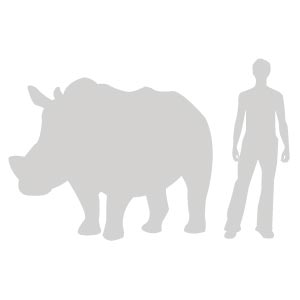