Rodar and Rio were both born in Poland in 2013 and arrived in Edinburgh in 2014, while Danilo was born in 2016 and arrived in 2017. Both Inti and Pacha were born right here at Edinburgh Zoo.

You can help feed and care for our armadillos and other threatened animals around the world by donating today - if you can, please support our Survival Fund.

Since they do not dig a burrow and will roll into a ball when threatened, southern three-banded armadillos are easier to hunt than other species. They face a number of threats in the wild, including habitat loss thanks to expanding agricultural developments. While populations are in decline, they are found in a number of protected areas, which provide a refuge from the habitat destruction.

Our armadillos are part of the European Endangered Species Programme (EEP).

There are around 20 species of armadillo, many of which are vulnerable. Little was known about the giant armadillo until Dr Arnaud Desbiez began his pioneering research into the species in 2011. We support the Giant Armadillo Conservation Project, the first long term ecological study of giant armadillos in the Pantanal wetland.

Find out more about the Giant Armadillo Conservation Project. 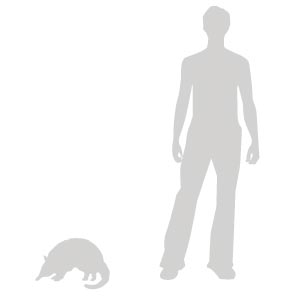