We have a batchelor group of king penguins here at Edinburgh Zoo, including the world's only knighted penguin - Brigadier Sir Nils Olav!

King penguins were one of the very first species at the zoo and in 1919 we welcomed our first chick, making us the first zoo in the world to successfully breed the species.

Because of this long and wonderful history, our logo and the Royal Zoological Society of Scotland’s crest feature a king penguin.

Did you know it costs £130 a day to feed our penguin colony? You can help feed our penguins and protect threatened wildlife around the world by donating today - if you can, please support our Survival Fund.

Our king penguins are part of the European Stud Book programme which is monitored by the Royal Zoological Society of Scotland.

Penguin species face many threats in the wild, including global warming, over-fishing, marine pollution and habitat loss. We are part of Project Pinnamin, a conservation project helping northern rockhopper penguins in their native habitat.

Find out more about penguin conservation. 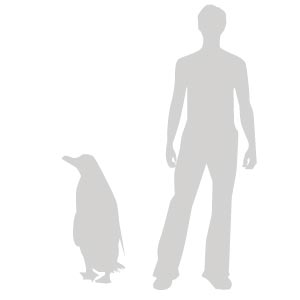