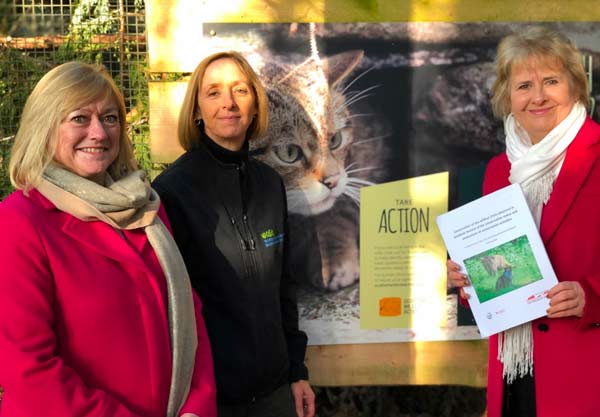 Above: Cabinet Secretary Roseanna Cunningham is joined by RZSS CEO Barbara Smith, and Scottish Natural Heritage Head of Policy Eileen Stuart, at Highland Wildlife Park for the launch of a new report by the IUCN's Cat Specialist Group.

In February we announced our plans to create a National Wildlife Reintroduction Centre at our Highland Wildlife Park. Last week the story around wildcats continued as we hosted the Cabinet Secretary Roseanna Cunningham and our Scottish Wildcat Action partners at the Park to launch a new report by the IUCN’s Cat Specialist Group.

The report was commissioned by Scottish Wildcat Action in 2018 to ensure our work and the conservation actions being carried out for wildcats were reviewed independently. Recommendations signal a step change in wildcat conservation in Scotland, with an increased focus on captive breeding for release now being required to safeguard this iconic species from extinction. 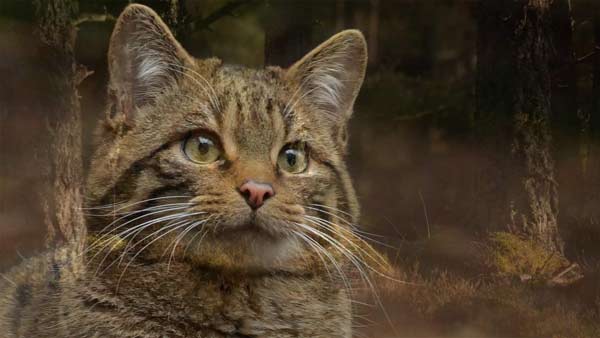 Above: 'Clinging by a claw' - the proposed National Wildlife Reintroductions Centre offers a new hope for the future of wildcats in Scotland

At RZSS, we have been dedicated to wildcat conservation efforts for over 10 years, first with the Cairngorm Wildcat project and now with Scottish Wildcat Action (SWA). Alongside SWA partners, we have worked extensively with a range of national and international stakeholders to ensure we are delivering the most effective conservation action that will help save our last native felid. The work has been varied, ranging from camera trapping surveys across Scotland in the depths of winter, to the development of complex genetic tests and analysis at our WildGenes laboratory based at RZSS Edinburgh Zoo.

Our WildGenes lab is one of just a handful in the world to focus on endangered species genetics and the team there has made great strides to improve our understanding of the threat of cross-breeding with domestic pet and feral cats to the Scottish wildcat, known as hybridisation.

Our research produced some of the first scientific evidence to demonstrate that hybridisation is recent and extremely widespread. This data, published in December last year, contributed to the Cat Specialist Group’s conclusion that there is no longer a viable wildcat population living in Scotland.

Our other key contribution is managing the captive breeding programme for wildcats, which we know from the report is more important than ever.

Above: Footage of the wildcat kittens born in 2018 at RZSS Highland Wildlife Park

Since 2015, when we took over the management of the programme, the population has grown by over 25%, from under 70 individuals to over 90. Between 2016 and 2018 we were able to produce more than 30 surviving offspring in just two breeding seasons, along with the addition of a single individual from the wild (as featured on BBC winter watch 2019). By the end of 2018, the total captive population within the breeding programme stood at 93. Of course, this work wouldn’t have been possible without the support from all the captive holders across the UK.

In 2017 we completed genetic hybridisation testing of the entire breeding population, which ensures that future breeding will only take place with the best wildcats, taking into account both physical appearance and genetics.

Using the same genetic samples from the hybridisation screening, we developed other conservation tools to support effective population management. To fill some historic gaps in the wildcat studbook data, we created one of the first molecular genetic studbooks. This means that we can now conduct accurate population analysis and develop long-term management plans.

This collaborative approach has been a vital element in the successful breeding of wildcats over the past few years. We know the road ahead for wildcat recovery will be challenging, but our strong partnerships with SWA and international conservation specialists give us an incredible opportunity for success. 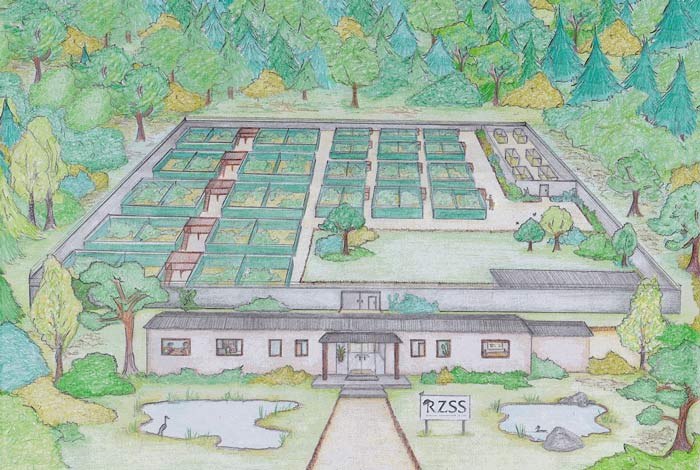 Above: An artist impression of the proposed National Wildlife Reintroduction Centre.

Our plans for a National Wildlife Reintroduction Centre at Highland Wildlife Park will provide the perfect environment for breeding genetically tested wildcats with the aim of releasing them back to the wild to re-establish viable populations in key locations.

Combined with the continued development of the conservation breeding programme, this will ensure we have a long-term solution for the recovery and conservation of Scotland’s wildcats.

You can help with a donation to build and run the centre. Please give what you can at: