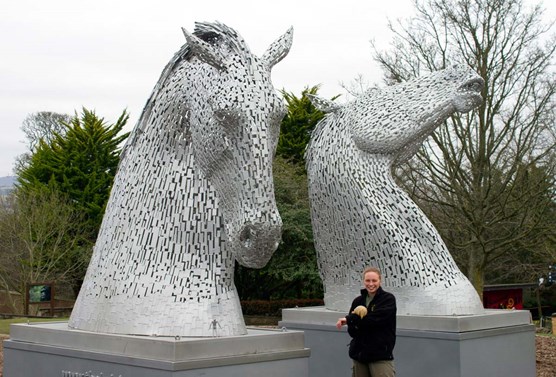 RZSS Edinburgh Zoo is to become home to the famous Kelpies Maquettes as part of the Edinburgh International Science Festival.

From Friday 25 March to Sunday 10 April, visitors to the Zoo will be able to see the stunning three metre high sculptures. The horse head statues will arrive early on the morning of Wednesday 23 March and will be set up ahead of the start of the Edinburgh International Science Festival on 26 March.

The Maquettes are scale models of The Kelpies that were created by renowned Scottish sculptor Andy Scott, as models for the 30 metre (100ft) high sculptures of two horses’ heads which were completed in November 2013.

Jo Paulson, Events Manager at RZSS Edinburgh Zoo, said: “The Maquettes have travelled the world as far as New York and Chicago to raise awareness of the world’s largest equine sculptures and they have now landed at RZSS Edinburgh Zoo. It is a great honour to have been chosen to host them during the Edinburgh International Science Festival, of which Edinburgh Zoo is a partner, and they will be a great added attraction for our visitors.” 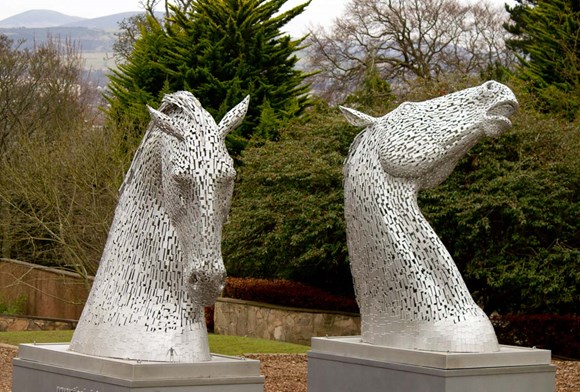 “Just like The Kelpies, Edinburgh Zoo is one of Scotland’s best-loved attractions, and having the Kelpies Maquettes stationed there is a great way to encourage both visitors to the capital and Edinburgh locals to venture further afield and explore some of the fantastic sights and activities the Falkirk area has to offer.

“Touring the UK with appearances at a wide range of major events, the Kelpies Maquettes have become cultural ambassadors for Scotland, inspiring thousands of people from across the world to pay the Falkirk area a visit and see these magnificent landmarks for themselves as well as the area’s other fabulous attractions.”

Since the Kelpies were launched in April 2014, they have toured the world to promote Scotland and the Falkirk area as a visitor destination, travelling as far afield as Chicago and New York, as well as appearing in major events such as: New York’s Scotland Week, the 2014 Ryder Cup and Edinburgh’s Fringe Festival.