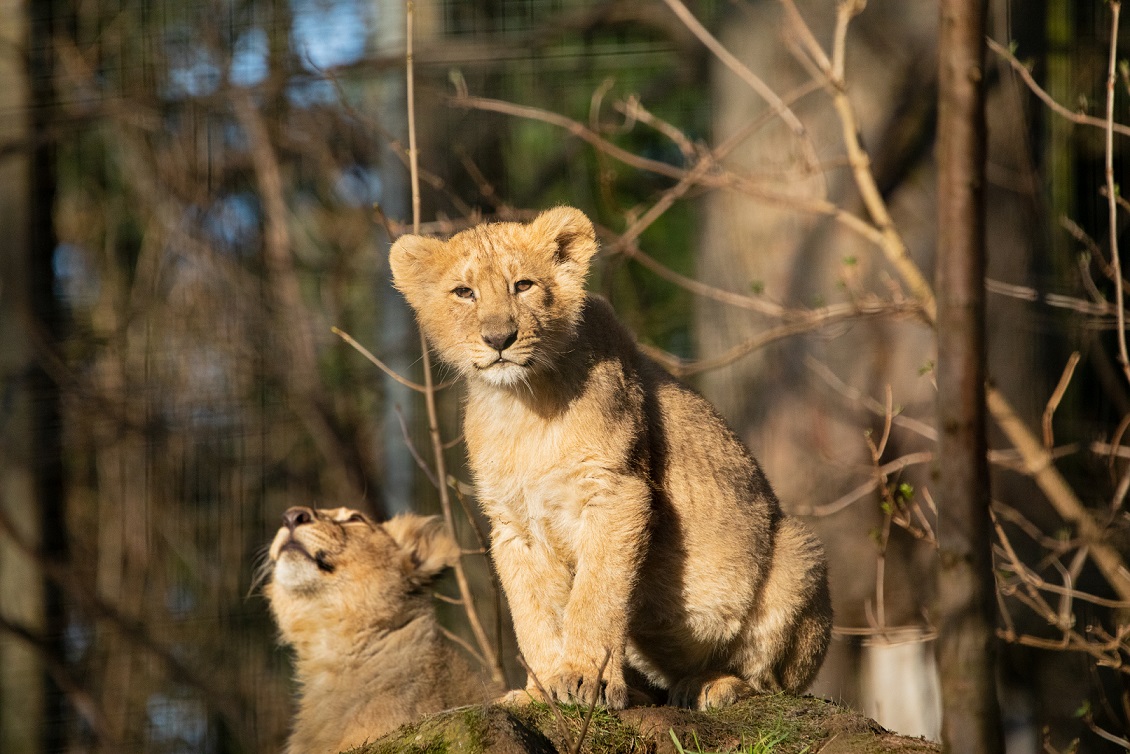 The Royal Zoological Society of Scotland's Edinburgh Zoo has launched a new live webcam to thank everyone who has donated to help feed its animals in April.

Giving viewers the chance to visit the wildlife conservation charity’s eight month old Asiatic lion cubs from home, lion cam will also help to raise awareness of the threats faced by this endangered species in the wild.

After closing its doors to visitors in March, the zoo is relying on the support of animal lovers to raise enough money to pay its £55,000 monthly food bill.

Alison Maclean, animal team leader at Edinburgh Zoo said: “We are so grateful for the support we’ve had so far and wanted to do something to thank everyone for raising enough money to feed our animals in April.

"Almost all of our income comes from our visitors and our food bill alone is £55,000 every month so it is a challenging time for our charity. We've had great support from the public so far and we really do need this to continue.

“Our playful Asiatic lion cubs, Mitaali , Keshari and Kushanu, love exploring outside with mum Roberta and dad Jayendra and are getting bigger and more adventurous every day. It is really exciting to be able to live stream their antics to viewers at home.

“Asiatic lions previously existed across southwest Asia but are now only found in Gir Forest in India. The wild population is estimated to be as low as 350, with threats including poaching, habitat destruction, conflict with humans and a declining number of prey animals.”

The zoo’s most popular webcam so far has been its ‘panda cam’, featuring male giant panda Yang Guang who attracted over 3 million plays in March alone.

Find out how you can help feed the zoo’s animals and protect wildlife in Scotland and around the world at edinburghzoo.org.uk/help