Keepers at RZSS Edinburgh Zoo have welcomed not one, but two endangered banteng calves to the collection at the Zoo. 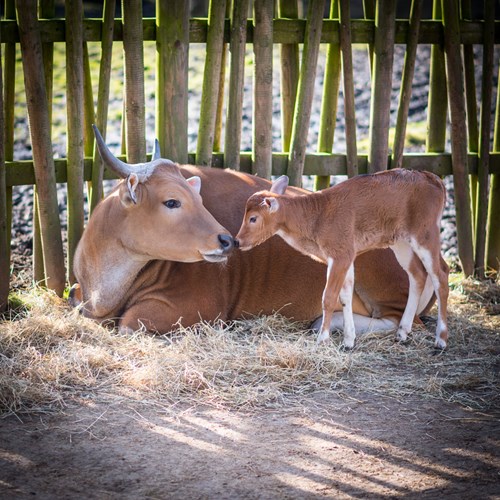 The first calf was born on 15 February to parents Leticia and Tino and is a male, whilst the second was born on 11 March to Tino and Dominica and is a female. The two youngsters can be seen with their family in the paddock just north of the Mansion House.

Karen Stiven, Hoofstock Keeper at RZSS Edinburgh Zoo, said: “The new calves are doing very well and, although they’re sticking close to mum, the two calves can be seen prancing and jumping in the outdoor enclosure with the other banteng. The birth of the two calves is particularly significant as this species is listed as endangered on the IUCN Red List, and we hope the new arrivals will contribute towards the conservation of this species in the long-term. 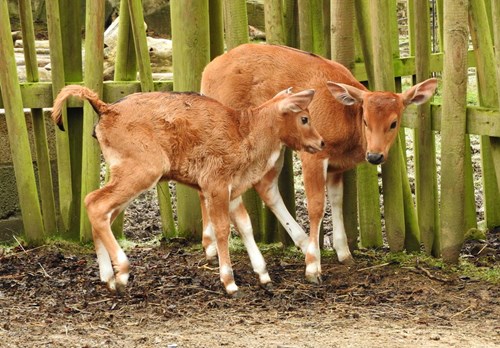 “The new calves don’t have names yet, but we have already started thinking of options and will probably name them over the next week.”

Banteng females give birth to a single calf after a pregnancy that lasts 285 days. The banteng babies will stay close to their mothers for around six to nine months, but will then start venturing and exploring further on their own.

Banteng, also known as tembadau, are a species of wild cattle found in Southeast Asia.  They like to feed mainly on grasses, bamboo, leaves and fruits and are more active at night due to human encroachment on their natural environment. Mature males have a dark brown coat, while females are a much lighter brown, with a dark strip down their back, making it very easy to distinguish between the sexes. The baby male banteng although born with a light brown coat like all male banteng calves, will turn the more prominent darker colour as he reaches maturity. 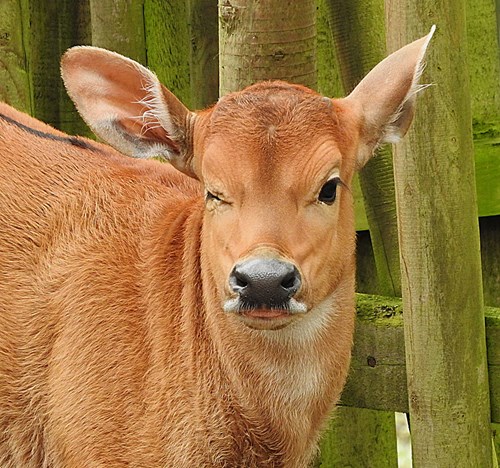 Banteng are social animals, preferring to live in herds of two to 40 animals. Listed as Endangered on the IUCN Red List, the most significant threats facing the species are hunting and habit degradation and loss. They are threatened with local extinction in Vietnam, Cambodia and Laos, with fragmentation of habitat causing a threat to the remaining mainland Asian populations. Interbreeding with domestic cattle has caused hybridisation, thereby contaminating the gene pool and increasing the transmission of diseases with domestic cattle.