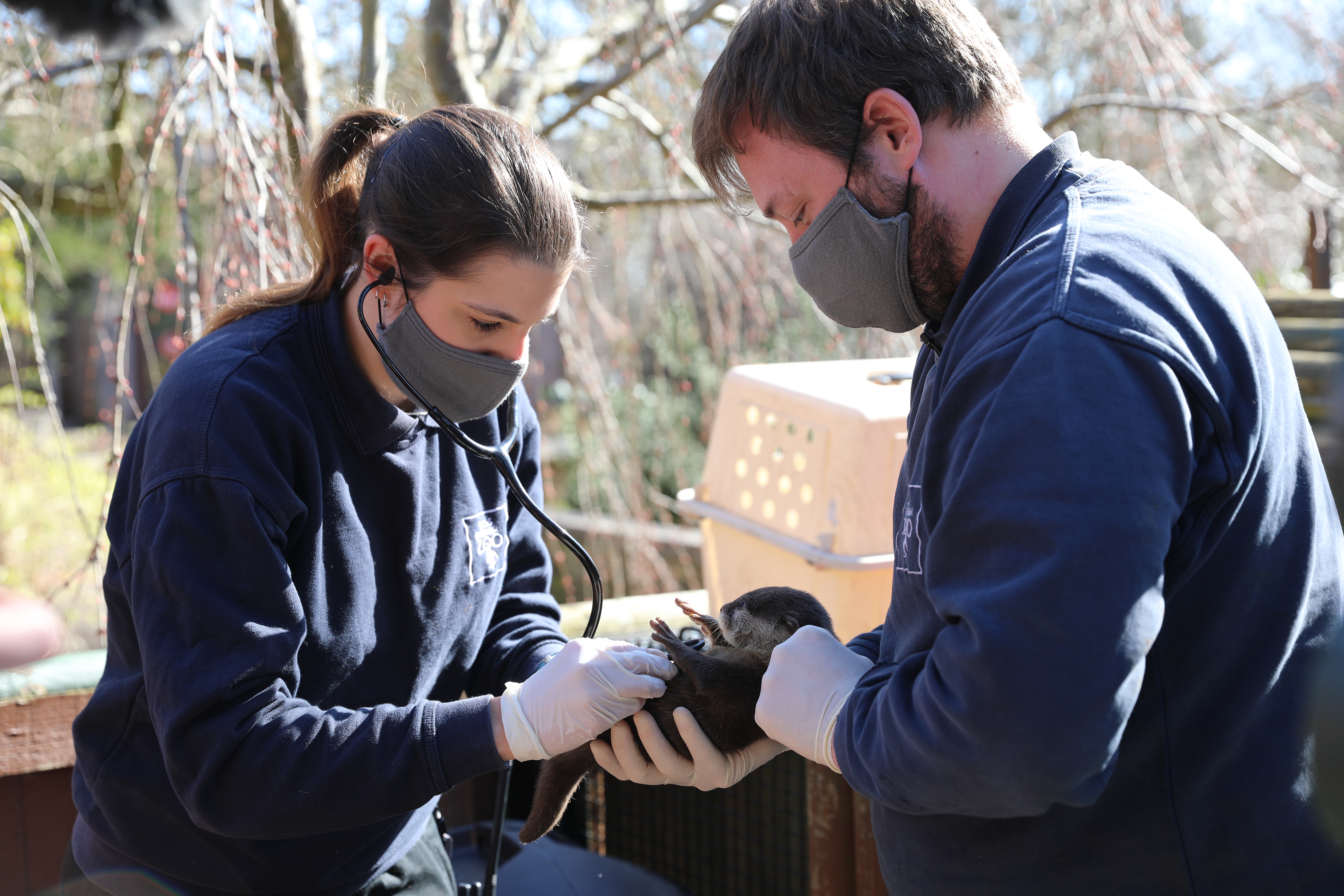 The Royal Zoological Society of Scotland (RZSS) is celebrating the birth of three Asian small-clawed otter pups, born at Edinburgh Zoo in January. The youngsters recently received their first health check where it was confirmed they are two boys and a girl.

Keepers at the wildlife conservation charity have drawn up a shortlist of names for the new arrivals which will be put to a public vote on the zoo's Facebook page.

Andrew Laing, senior animal keeper at Edinburgh Zoo, said, “We are delighted to welcome Barry and Luna’s first litter, who are all doing well so far.

The pup’s parents, Barry and Luna, arrived at Edinburgh Zoo last year and are already a firm favourite amongst the zoo’s visitors.

Andrew added, “When Barry and Luna arrived last year, they were quite shy but bonded very quickly and love blossomed. This is the first time the pair have bred and they are already adapting to their new roles as parents brilliantly.

“At just nine weeks old, the pups are still dependent on mum and are spending most of their time in their underground holts. Lucky visitors might be able to see them exploring their enclosure and learning more about their surroundings in the coming weeks.”

Edinburgh Zoo recently reopened to City of Edinburgh residents, with a host of added safety measures. Visitors hoping to spot the new arrivals must pre-book zoo tickets before their visit edinburghzoo.org.uk/reopening