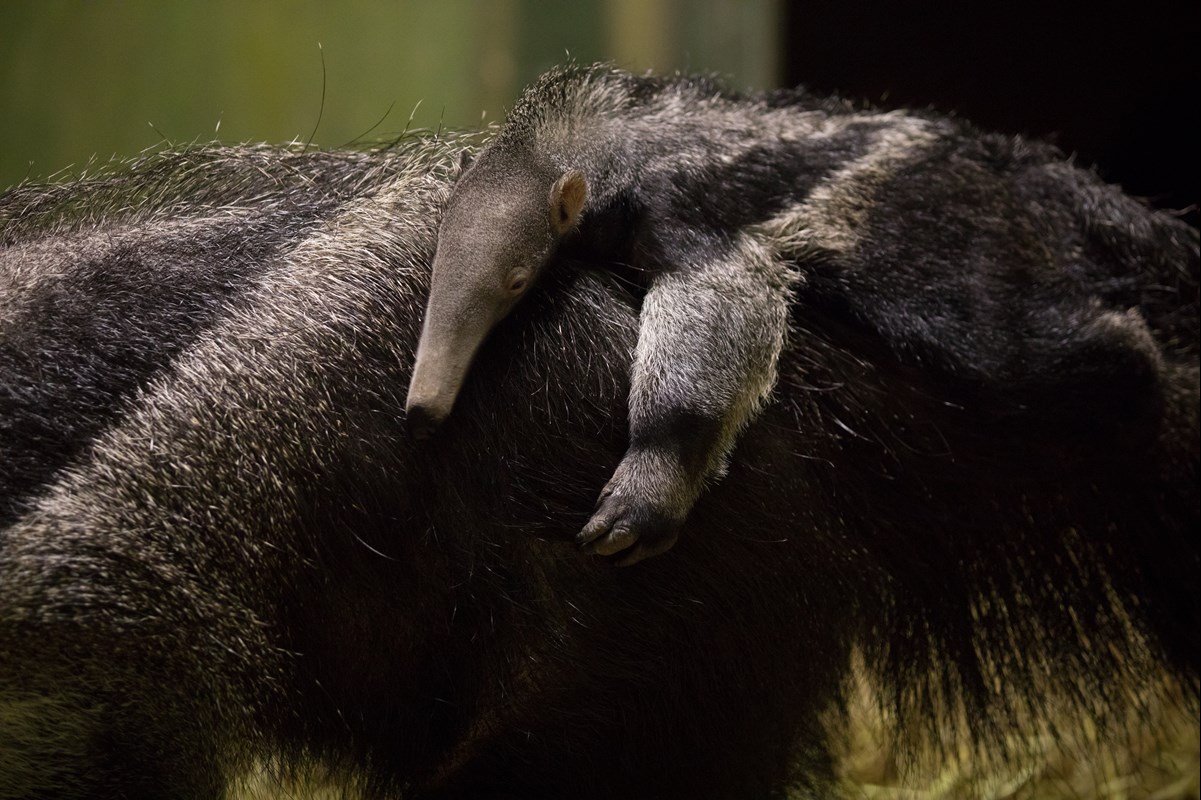 An adorable 11-week old giant anteater pup has been spotted riding on its mother’s back at the Royal Zoological Society of Scotland’s Edinburgh Zoo.

Staff at the wildlife conservation charity say the still tiny pup, who was born on 21 November to mum Nala and dad Lucifer, will take a few months to grow big enough to climb down from Nala’s back and move around independently.

Alison MacLean, carnivores team leader at Edinburgh Zoo, said, “Both mum and baby are spending a lot of time in their off-show area at the moment while the youngster grows.

“The pup is still drinking Nala’s milk and is yet to have a first health check when we will find out its weight and sex before deciding on a name.

“Giant anteaters are vulnerable to extinction in the wild, so every birth is a potential lifeline for the species.”

Along with being part of the European breeding programme for giant anteaters, RZSS supports the Anteaters and Highways project, based in Brazil.

More than half of the species’ habitat in the Brazilian Cerrado has been lost to agriculture over the last 35 years and the remaining habitat is becoming increasingly fragmented by roads and highways.

Giant anteaters are among the most frequently killed on these roads, and road accident fatalities now pose a serious threat to the species’ long-term survival. The project works to collect data to calculate the impact of roads on giant anteater populations and assess potential knock-on effects on the species’ behavior, population structure, and health.

We would like to thank the players of People’s Postcode Lottery for their generous support which has helped this project.