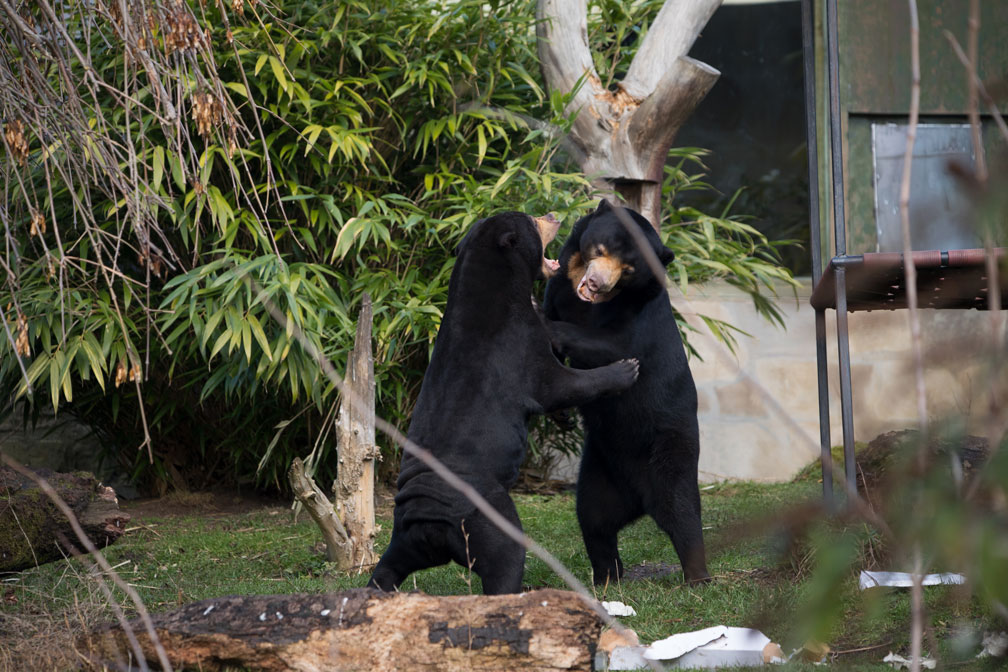 A rare Malayan sun bear rescued from the illegal pet trade has found love at the Royal Zoological Society of Scotland’s Edinburgh Zoo.

Rotana was originally found in a tiny cage in a private home in Cambodia and was rehomed by the zoo in 2010 along with his brother Somnang as part of the charity’s work with Free the Bears.

The bears were matched with potential partners in December as part of a conservation breeding programme, with Somnang leaving for Burgers Zoo in the Netherlands.

Rotana stayed in Edinburgh and was joined by Babu, a four-year-old female from the Czech Republic.

The pair took their first steps outdoors together last week and hopes are high for their future.

Alison MacLean, team leader for carnivores at Edinburgh Zoo, said: “It is wonderful to see Rotana and Babu getting on so well.

“Sun bear numbers are rapidly declining in the wild due to deforestation and poaching, so our new couple have an important role to play in the European conservation breeding programme.

Malayan sun bears are one of the world’s rarest species of bear, with numbers continuing to decline across Asia. The wild population is under serious threat due to the rapid destruction of their habitat, which is logged for hard timber products, and the illegal wildlife trade. 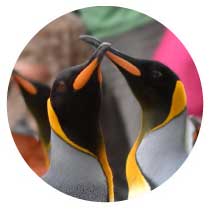 Planning a Zoo trip ?
Save when you book online!

Did you know you can adopt the sun bears...