Giselle is the eldest of the group and was born on Valentines Day 1989!

You can help feed and care for our capuchins and other threatened animals around the world by donating today - if you can, please support our Survival Fund.

Our yellow-breasted capuchins are part of the European Endangered Species Programme. Native to the Atlantic rainforest in Brazil, populations have decreased by over 80 per cent in the past 50 years due to hunting and habitat loss.

We support conservation projects working with other remarkable primate species including the Budongo Conservation Field Station, which exists to study and protect a community of nearly 700 wild chimpanzees.

Find out more about BCFS 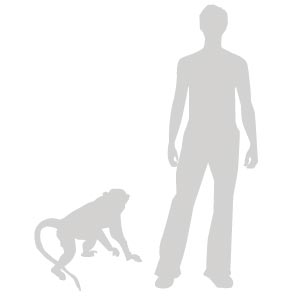