We currently have a pair of white-naped pheasant-pigeons in our collection, on show in Brilliant Birds.

The white-naped pheasant-pigeon (Otidiphaps aruensis) are a large pigeon. However they are called a 'pheasant' pigeon due to the pheasant like shape of their body with a large flat tail that bobs up and down when walking. They also spend most of their time on the ground like other pheasant species. They have a glossy black head, underside, rear and lower back. They have short rounded wings which are brown in colour, a bright white patch on the back of their neck and a metallic golden-green patch on the side of their breast.

These birds have a range of calls including a drilling- like sound, a typical pigeon cooing call and a loud "wu-huwoooooa" call which rises and falls in pitch before trailing off at the end. This is actually quite a haunting noise. They are normally found in a rainforest habitat and eat fallen fruits and seeds.

They are is endemic to the Aru Islands off southwest New Guinea, Indonesia.  During their breeding season they will lay usually one egg, rarely two and both adults incubate and look after the young.

It is believed the species is undergoing slow declines due to the loss of its forest habitat, as a result of pressure for logging and conversion for agriculture. 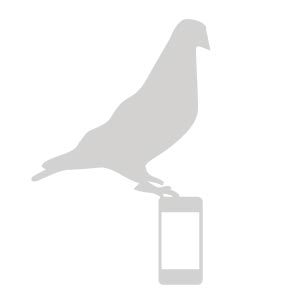