We have one southern pudu, Evan, at Edinburgh Zoo.

He shares an enclosure with the Azara's agouti near the cassowary and sun bears.

They are managed by the European Endangered Species Programmes (EEP).

The southern pudu (Pudu puda) can be found in southern Chile and south-western Argentina. It inhabits dense temperate forest, where it browses mainly on foliage, shoots, twigs, bark, buds, fruit and seeds.

The southern pudu is the smallest deer in the world. Adults typically weigh 9 – 15 kg (20 – 33 lb) and are 600 to 825 mm (23 – 32 inches) in total body length, with a shoulder height from 250 to 430 mm (10 – 17 inches). It has a glossy, reddish-brown, short coat with lighter-coloured legs and under parts. It has short legs and a rounded body. Males have short antlers that consist of a single spike measuring about 7 – 10 cm (3 – 4 inches). These antlers are shed yearly in the summer. Females tend to give birth to a single fawn which has white spots on its coat for the first couple of months. They weigh around 1kg, and are weaned at around two months.

Southern pudu are solitary animals, living alone or sometimes in mated pairs. They are very shy and wary, fleeing in a zigzag pattern when threatened by predators. They move easily through thick vegetation and over rocks, sometimes climbing trunks of trees that are leaning over streams or bluffs to escape danger.

The number of southern pudu in the wild is thought to have declined rapidly in recent decades due to poaching and illegal collecting for zoos and private collections. Southern pudu also face threats from habitat destruction, predation by domestic dogs, and competition with exotic deer and domestic livestock. 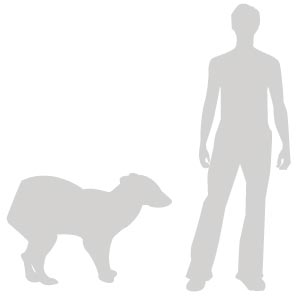