We are currently home to two cotton-top tamarins.

Our cotton-top tamarins can be found in the small monkey house, Magic Forest near the sun bears.

The cotton-top tamarin (Saguinus oedipus) are one of the most endangered primates in South America, they get their name from the long tuft of white hair around their black faces. They have a long tail, which helps them to balance and males and females look the same in appearance, although females can be slightly larger than the males.

Cotton-top tamarins are mainly active during the day and live high up in the trees. Due to deforestation they are now confined to the forests of Colombia. They feed mainly on fruit, insects, vegetation, small mammals and small bird eggs. They get the water they need by licking leaves that are wet with rain or dew.

They are highly social monkeys and tend to live in groups. Like other tamarin species, when they are not feeding, they spend a lot of time on social grooming. They are territorial and scent mark their territories and defend them when necessary by fluffing up their fur and making loud calls to scare away intruders.

Like other tamarins, they usually give birth to twins after a gestation period of approximately 140 days. They are born helpless and are carried everywhere by the group, until they are two months old when they become independent.

The cotton-top tamarin is listed as Critically Endangered on the IUCN Red List. Their biggest threat is deforestation, as much of their preferred habitat has been cleared for timber, farm land and industry uses. This means that the current populations are very fragmented and they find it hard to maintain population numbers. They have also suffered at the hands of humans, who caught them to sell as pets or for biomedical research.

Since the 1970’s this species has been protected in Columbia, however its numbers have continued to fall with the continuing deforestation. Conservation work is needed to help save this species. 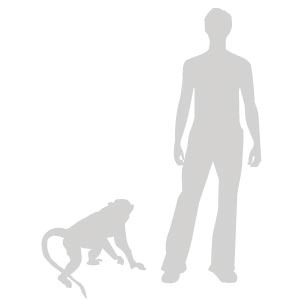