We are home to two binturong. A male called Ali, who born in May 2010 and came to us in May 2012 from Faunia Zoo, Madrid and a female called Poppy, who came to us from Holland in 2017.

The binturong can be found in the small carnivore house, in between the sun bears and small monkey (magic forest).

Our binturong are part of the European Stud Book (ESB).

Although the binturong is sometimes called a bearcat, it is not actually related either to bears or to cats, they are more closely related to civets and genets.

They tend to live in the canopy of tropical forests, using its claws and its long, prehensile tail to grip on as it leaps from branch to branch. It can rotate its hind legs so that its claws still have a grip when climbing down a tree head-first; it also uses its gripping tail as a brake when running down trees. The species is mostly nocturnal, meaning it is active during the night, but will come out during the day to sit in the sun.

Binturongs brush musk from scent glands under their tails onto trees and the ground to mark their territory, and howl to alert other binturong of their presence. People have compared the smell of binturong musk to the smell of hot buttered popcorn! They typically live alone or in small family groups.

Binturongs eat a mixed diet of fruit, leaves, figs, birds, carrion, fish, eggs, rodents and plant shoots. They are skilled hunters and will leap and snatch food from the air; they are also good swimmers.

They are declining steadily in numbers due to many threats including habitat destruction for logging, deforestation, and conversion of forests to non-forest land-uses. In the Philippines, binturongs are captured for the pet trade and are also hunted for meat. Their skins and body parts are traded for traditional medicine in some Asian countries. 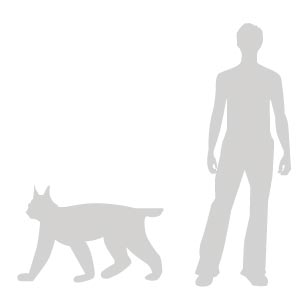