In August 2019, Roberta gave birth to Mitaali, Keshari and Kushanu. The cubs were named in tribute to the Gir forest in western India where the species is found.

You can help feed and care for our lions and other threatened animals around the world by donating today - if you can, please support our Survival Fund.

There were once large populations of Asiatic lions across southwest Asia but today only an estimated 600-650 remain in the wild. Since they now exist as an isolated population in India’s Gir Forest the species is vulnerable to many threats from unpredictable events such as forest fires or epidemics, as well as poaching, habitat destruction, conflict with humans and declining numbers of prey animals.

Our lions are part of the European Endangered Species Programme (EEP). Roberta was matched with resident male Jay through the EEP due to her genetic characteristics. It is very important to conserve the genetics of the species, increasing the possibility of future generations being reintroduced into the wild.

We work with the EEP and other conservation breeding programmes to improve the molecular genetic management of captive populations to support breeding reintroduction efforts for threatened species.

Find out more about our work in applied conservation genetics. 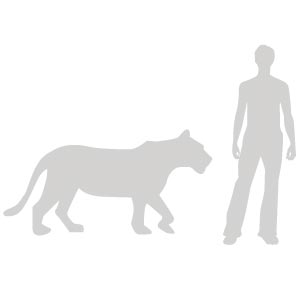